Ethernal: a decentralized multiplayer dungeon owned by the players

Ethernal is a Roguelike game that leverages blockchain technology to provide a fully persistent multiplayer world. The map is generated as players discover the new rooms and the game logic is built entirely inside smart contracts that run on Matic (an Ethereum sidechain).

“Explore the dungeon to discover new rooms and loot. Collaborate with others to defeat monsters, or race against them to be the first to find rare items. Trade and sell your loot in and out of the dungeon.”

The size of the dungeon is very large and essentially only bounded by the maximum size of integers in Ethereum. During Alpha testing in February 2020, players discovered over 1800 rooms: 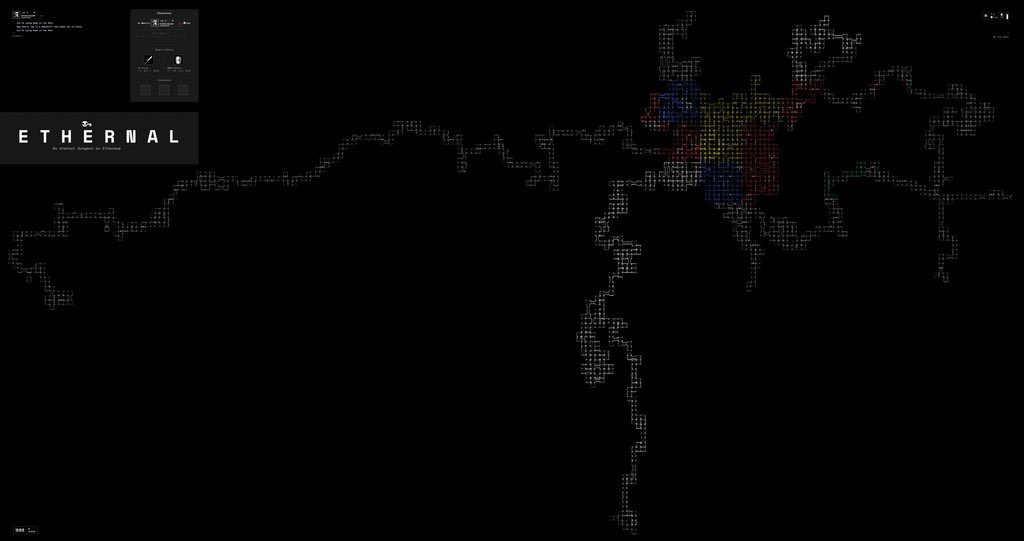 To gain an understanding of how the game is built you can check out the presentation from Ronan Sandford at the EthCC conference from March this year:

As the game exists inside smart contracts it can be classified as fully decentralized. During the alpha testing stage, the developers provide a server that caches all the player moves and provides a portal to the game. However, it would be possible for players to do that locally eventually.

A first look at Nine Chronicles: a fully decentralized MMORPG

The technology powering the Xaya platform

What is a decentralized game?

How does Cartesi work?